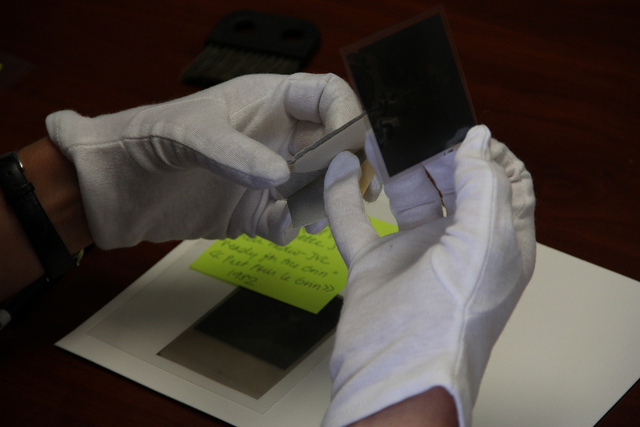 Freely accessible online scholarly resource on the socio-political history of South Africa, particularly the struggle for freedom during the period  from 1950 to the first democratic elections in 1994, providing a wealth of digitized historical material of importance and interest to scholars and students.

A partnership between MSUs African Studies Center, Department of History, MATRIX, and many South African organizations and individuals, Overcoming Apartheid features 40 hours of interviews with 60 people involved in the anti-apartheid struggle. Both 120 short segments and the full interviews are available here. In addition, some 20 brief interview segments link to more interviews located on external websites.

An extensive collection of Padraig O’Malley’s interviews conducted between 1985 and 2005 with many key personalities who influenced South Africa’s political history. Housed at the Nelson Mandela Centre of Memory, this collection presents a broad range of perspectives on events in South Africa during and after the Apartheid period. There are also summaries of historical events by year as well as descriptions of the historical background to place events in context.

The Community Video Education Trust (CVET) in Cape Town created an online archive in partnership with MSU’s African Studies Center and Matrix that provides publicly accessible raw video footage of the peak of popular resistance against apartheid in the late 1980s and early 1990s. This collection documents anti-apartheid demonstrations, speeches, mass funerals, celebrations, and interviews with activists. Videos capture the activism of trade unions, students and political organizations, including the activities of the United Democratic Front.

The British Broadcasting Corporation’s 22 programs and 8 documents illustrate what life was like for ordinary South Africans as well as revealing key moments in the struggle against this political system. Original content includes a 1954 interview with Chief Albert Luthuli, an early exposé (1957) of the divisions caused by apartheid, a 1986 story on a group of young black revolutionaries near Krugersdorp, and much more.

The South African History Archive (SAHA), in conjunction with the South African Broadcasting Corporation (SABC), launched this online archive of all episodes of the 87-part Truth Commission Special Report television series, last broadcast 15 years ago. This series has been catalogued, transcribed, indexed and linked to relevant sections of the official TRC Final Report, transcripts from TRC hearings, amnesty decisions, submissions made to the TRC  and other related resources, to form a seamless viewable and searchable resource.

Collection of 20 oral history interviews with military intelligence operatives active during the apartheid era in South Africa was conducted, transcribed, and translated by long-time investigative journalist and author, De Wet Potgieter, on behalf of SAHA during 2009 and 2010. A selection of South African news photographer Doug Lee’s images complements these interviews. The photographs portray some of the individuals, events, and activities recounted and documented in the narratives.

Collection of individual oral histories from residents in three poor communities—Maandagshoek, Rammolutsi, and Sebokeng—in South Africa, conducted by Dr. Dale McKinley and Ahmed Veriava in 2007 and 2008 on behalf of SAHA. This project is an attempt to capture “histories from below” of the South African transition, and represent a meaningful cross-section of rural, urban and peri-urban realities in South Africa’s post-1994 political, social and economic history, as lived and experienced by the oppressed and the marginalized majority.

Multimedia archive includes Mr. Mandela’s correspondence with family, comrades and friends, diaries written during his 27 years of imprisonment, and notes he made while leading the negotiations that ended apartheid in South Africa.

The Long Walk of Nelson Mandela

Official website of the Frontline television documentary about Nelson Mandela aired in 1999 by PBS. Contains transcripts of interviews with some of Mandela’s closest colleagues, fellow prisoners, friends and political adversaries.

A cooperative multimedia digitization project by the Polytechnic of Namibia, Utah Valley University, and the National Archives of Namibia.