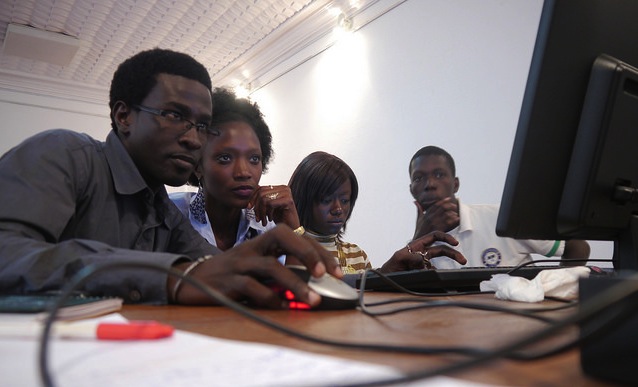 The blog that’s not about famine, Bono, or Barack Obama. Founded by Sean Jacobs, it developed over time into a collective of scholars, writers, artists, filmmakers, bloggers, and curators who together produce online commentary, original writing, media criticism, short videos, and photography.

Africa Past and Present

A podcast about history, culture, and politics in Africa and the diaspora. Hosted by Peter Limb and Peter Alegi since 2008, shows feature interviews with scholars and activists, commentary on current events, and issues and debates of relevance to Africans at home and abroad.

A curated blog by Jessica Marie Johnson that highlights scholarship and scholars in the field of Atlantic African Diaspora history.

A digital civil society initiative committed to deepening democracy through the use of memory and archives as dynamic public resources. Directed by Jo-Anne Duggan.

Anthropologist Bruce Whitehouse’s blog describes some of the delights and challenges of living in Bamako. Since Mali’s political crisis began in 2012 the blog has also covered national-level issues.

A lively discussion on China’s engagement across Africa hosted by veteran journalist Eric Olander in Asia and Dr. Cobus van Staden in Johannesburg.

Podcast by Winslow Robertson and Nkemjika Kalu that looks for and presents the sometimes unexpected connections between China and countries of Africa by having top scholars, journalists, and researchers in the Africa-China field come on the show and discuss their work.

Academic blog (since 2002) by southern Africanist Tim Burke on Culture, Politics, Academia and Other Shiny Objects.

A site that started out as a team blog about the 2010 World Cup in South Africa and has evolved into a space for discussing and reflecting on issues in global football, with an emphasis on Africa, youth development, and the women’s game.

Public intellectual, blogger, and essayist Juan Cole’s thoughts on the Middle East, History and Religion; informed by his extensive work on the relationship between the West and the Muslim world in historical context.

A blog by Liz Timbs for reflections about the study of South African history and for engaging with relevant debates in sports history, digital humanities, and other scholarly fields.

Laura Seay’s blog about her research interests in state-building, security, and humanitarian and development policy in central Africa. While the blog has not been updated since April, she is very active on Twitter at: @texasinafrica